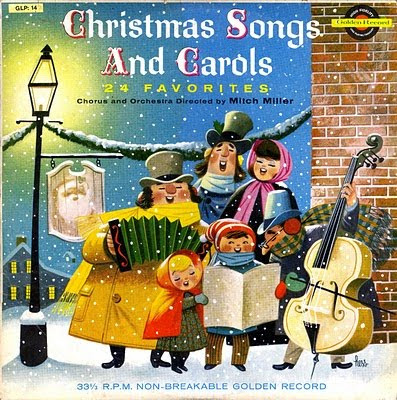 This was my commentary on December 24. In spite of my love for Perry Como and the fact that my family put out a Christmas CD this year. I reserve the right to be self-contradictory...

Listen here or just read below:

It’s a funny thing about Christmas music. Just about the time when I feel like I’ll lose my Christmas cookies if I hear one more “Fa-la-la-la-la,” the season peaks and all those songs go away for another 11 or so months. It’s kind of nice, really.

We get so bombarded with Christmas music everywhere we go that we get to the point where we don’t even hear it after a while. Steve Lawrence and Eydie Gorme giggle through some a giddy “Sleigh Ride” in the Dillon’s loudspeaker and I’m just trying to decide whether to buy the 12-pack or the 24-pack of toilet paper. I get in the car and slam on the brakes when another driver darts into my lane, totally oblivious to Johnny Mathis singing his quivery heart out about “Folks dressed up like Eskimos.” After so many weeks of seasonal tunes, they all just start sounding like Charlie Brown’s teacher: “Wa-wa-wa-wa-wa.”

In desperation I find myself seeking out offbeat and less familiar versions of the songs. I recently discovered James Brown’s funky, soulful version of “The Christmas Song,” and Ralph Stanley’s recitation “Don’t Make Us Cry On Christmas Day” about a “drunk man and his children on Christmas night.”

After wearying of the sounds of the season, like magic, Christmas comes along and all the familiar songs disappear. Again we go through the year, late fall comes along and by Thanksgiving we welcome them back! Carols perk me up, get me in the mood for Christmas, then because they persist like manic deranged little drummer boys pounding on my eardrums nonstop until an auditory numbness sets in, my novocained hearing tunes them out.

So it goes. We cycle through the year and recycle the soundtrack of Christmas, over and over. First welcoming, then tolerant, then weary, then numb. If you’re at that numb stage like me, be of good cheer! It’ll all be over tomorrow! For KMUW, I’m Richard Crowson wishing you a Christmas full of peace and quiet.