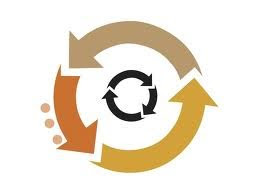 Yeah. I know. I did it yet again. I went umpteen weeks without posting anything on my "blog."
And even though I am very sure that I have driven away every last one of the good souls who once came here every now and then just in case I had posted something, and just in case it had been worth reading only to be rebuffed by the lack of anything new at all being here, I am revving it back up.
This time I have a really good excuse for the absence. Really. It was surgery. After years of steadily worsening lower back pain, I finally made the decision to let then slice me open and perform a couple of procedures called a laminectomy and a spinal fusion. So on August 30 I checked into the Kansas Spine Hospital and they did the deed.
I learned something: surgery hurts. I had a morphin pump but I'm pretty sure it was just full of sugar water. I wore a sizeable calouse on my morphine pump thumb and I'm kind of proud of the night I tapped out the drum solo to "In-A-Gadda Da-Vida" on that sucker in a vain attempt to get enough of it into my system to ease the pain.
But after 3 nights or so, the pain began to ease considerably. They took away my morphin and gave me Percocet and Valium, which it turns out, is a muscle relaxer.
And here we are 3 months out, exactly. I'm happy to report that the surgery seems to have worked. Whereas before I could walk Ollie for half a block and had to turn around and head home, now I can go for 30 or 40 minutes without much pain at all. Pretty sweet.
That's why I quit for a while. And then, like when you put off writing a letter to a friend (back in the olden days when such things were still done) and you wait so long to write that the guilt snowballs and the next thing you know it's all just too embarrassing and you end up in a cycle of guilt and procrastination until you become catatonic, I stopped posting.
Herewith I jump off the cycle.
Posted by Richard at 6:08 AM 1 comment: