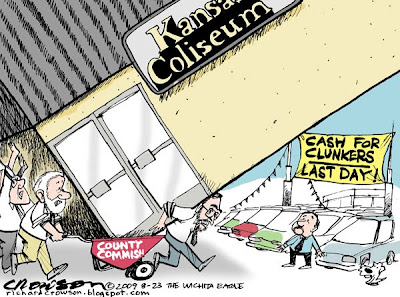 You know what I'll be glad to see go? That funky 70s-style Kansas Coliseum logo. Man, that thing should've been updated 25 years ago.
As to the building...don't get me started. And the location. I remember doing "white elephant" cartoons about it 15 years ago. Good riddance. Long live the Intrust Arena.
Extra credit: Can you identify the car dealer?
Posted by Richard at 3:12 PM 2 comments: 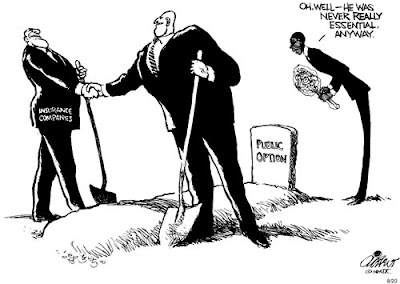 Beautiful drawing too, as usual.
Posted by Richard at 7:32 AM 2 comments:

I've never cared for those free credit report dot com ads with the slacker musicians. Firstly because they imply that anyone performing local music must be an unemployable leech on Our Great American Way of Life. Mostly I dislike them because the music sucks and they get so much airplay. Thank goodness for the mute button.
Now there's a better reason to dislike them. They're a bunch of lying hucksters as this New York Times piece points out.
Posted by Richard at 11:29 AM 2 comments:

Bow down before its magnificent awesomeness 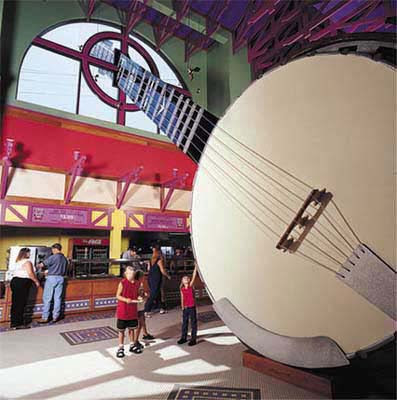 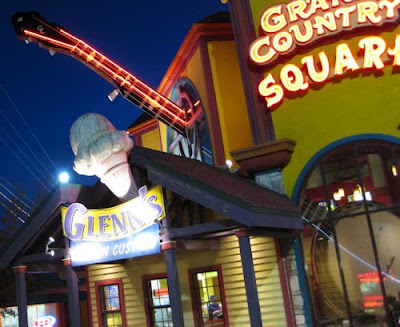 You think they have anything like this in those socialistic European countries? With their prissy Eiffel Towers and their Big Bens? No, they do not. This is what unbridled capitalism can do if you just give it a chance. In Branson, of course. The world's biggest banjo. Let freedom ring.
Posted by Richard at 8:34 AM 4 comments:

Coming up! So enough with the rain already. 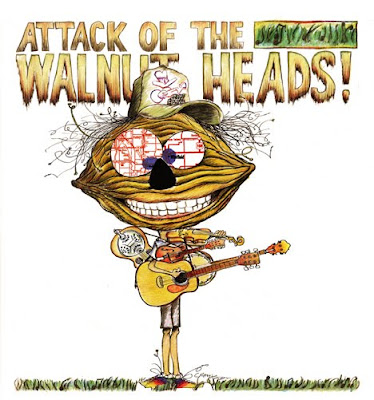 Sometimes it seems this country has lost its mind completely 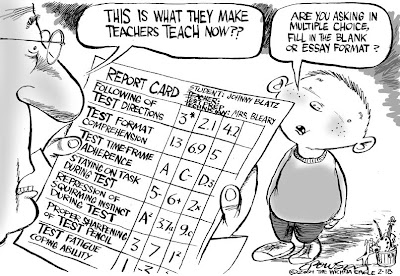 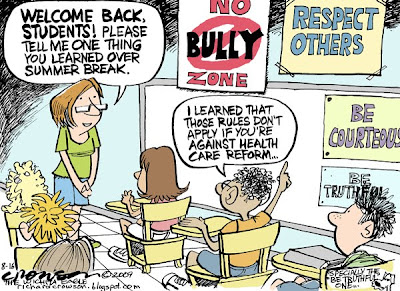 Posted by Richard at 6:33 AM No comments:

Back in the early 70s, and even the late 60s for that matter, The Country Gentlemen were the very cutting edge of the bluegrass world. They clipped a few of the rough edges off of bluegrass and combined it with a sort of 60s folk-style of singing. Here they are in the early 70s performing the song they were best known for, Fox on the Run. Every bluegrass band from about 1972 until way into the 80s had to play Fox on the Run, and they had to do it as close to the Gentlemen's version as possible.
This clip is introduced by the great Mike Seeger, a true legend in the old-time music world. His band The New Lost City Ramblers did for old-time music what the Gentlemen did for bluegrass, helping to introduce it to thousands of new listeners beginning in the 60s. Mike died last week. Here's to him and to all the visionaries who have kept the music alive.
Posted by Richard at 6:59 AM No comments:

A couple of years ago I designed the Price-Harris mascot, an eagle which the kids there named Cosmo. The school recently asked me to come up with a t-shirt emphasizing reading and this is what I drew: 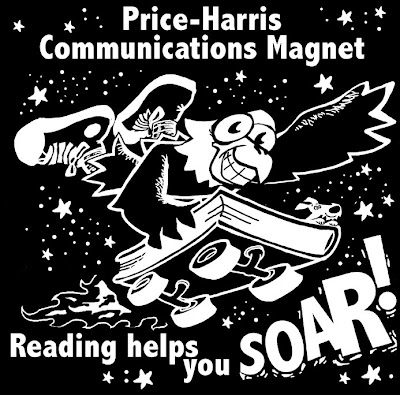 Earlier this year I was commissioned by Dodge Literacy Magnet to redesign their panther logo and here's one of the poses I put him in for them: 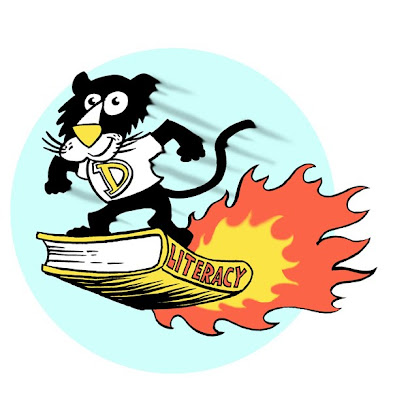 The two are far from identical but the basic idea's the same...hope they don't notice. Let's just keep it to ouselves, shall we?
Hunter Thompson once said (about writing) that you know you're in trouble when you start stealing from yourself. Looks like I'm there.
Posted by Richard at 6:32 AM No comments:

My lord, I love bacon. That's why I wish I had been in South St. Louis recently:
The fifth-annual Tomato Fest at Iron Barley in South St. Louis wrapped up Sunday with owner Tom Coghill and a crew of 90 volunteers working to create the world's longest bacon-lettuce-and-tomato sandwich, at 179-feet, two-inches. (That's a lot of bacon -- 500 pounds of savory, crispy, delicious bacon.) The previous record was 169 feet.
5oo pounds of happiness. My arteries be damned. And they definitely would be. Here's the link:
http://blogs.riverfronttimes.com/gutcheck/2009/08/iron_barley_tom_coghill_worlds_longest_blt_bacon_lettuce_tomato_sandwich_st_louis_food_blog_081009.php 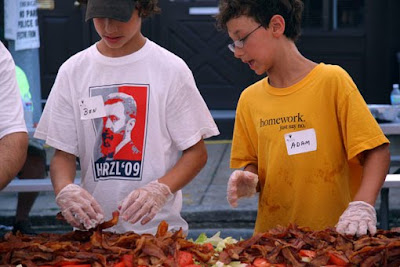 You're all invited back this week to this local-ity 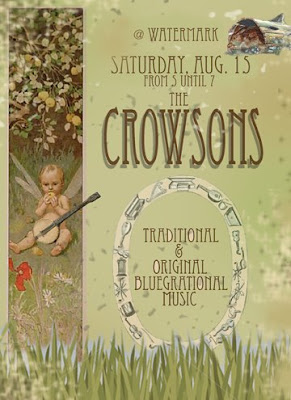 To have a heapin' helpin' of tunes played by us three.
Posted by Richard at 12:34 PM No comments:

I'll tell you what. Politics and  and parochialism have taken over where patriotism once prevailed. Ask not what your country can do for you. Ask what you can do for your party.
Shameful. 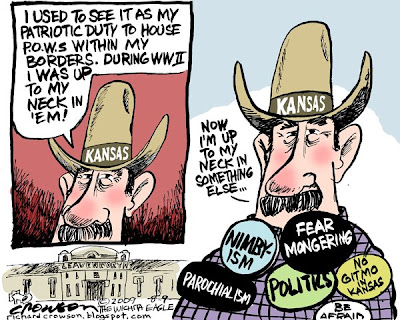 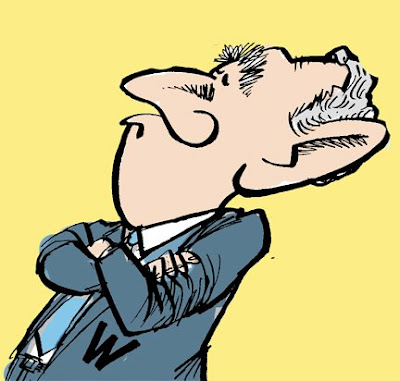 Our president called the French president Jacques Chirac and told him why we were invading Iraq. It was to thwart Gog and Magog. Seriously. Boing Boing had this item up recently and I just have to reprint it here. Utterly astounding. Here's the beginning:

Incredibly, President George W. Bush told French President Jacques Chirac in early 2003 that Iraq must be invaded to thwart Gog and Magog, the Bible’s satanic agents of the Apocalypse.

Honest. This isn’t a joke. The president of the United States, in a top-secret phone call to a major European ally, asked for French troops to join American soldiers in attacking Iraq as a mission from God.

Now out of office, Chirac recounts that the American leader appealed to their “common faith” (Christianity) and told him: “Gog and Magog are at work in the Middle East…. The biblical prophecies are being fulfilled…. This confrontation is willed by God, who wants to use this conflict to erase his people’s enemies before a New Age begins.”

Here are the concluding paragraphs. I urge you to go the link at the bottom to read the whole thing.

It’s awkward to say openly, but now-departed President Bush is a religious crackpot, an ex-drunk of small intellect who “got saved.” He never should have been entrusted with the power to start wars.

For six years, Americans really haven’t known why he launched the unnecessary Iraq attack. Official pretexts turned out to be baseless. Iraq had no weapons of mass destruction after all, and wasn’t in league with terrorists, as the White House alleged. Collapse of his asserted reasons led to speculation about hidden motives: Was the invasion loosed to gain control of Iraq’s oil—or to protect Israel—or to complete Bush’s father’s vendetta against the late dictator Saddam Hussein? Nobody ever found an answer.

Now, added to the other suspicions, comes the goofy possibility that abstruse, supernatural, idiotic, laughable Bible prophecies were a factor. This casts an ominous pall over the needless war that has killed more than four thousand young Americans and cost U.S. taxpayers perhaps $1 trillion. 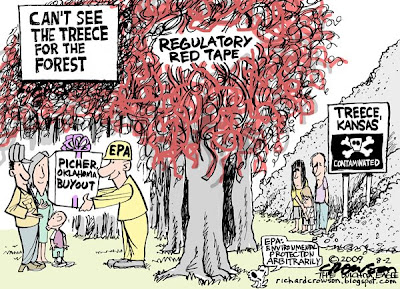 Posted by Richard at 7:56 PM No comments: